August 23, 2010, Los Angeles – The price of Gold gained one per cent for the week, Gold’s first three week rally since June, while the price of Silver dropped below $18.00.

“To be clear, I am not advocating a tight monetary policy,” Kansas City Reserve Bank President Thomas Hoenig said to the Lincoln, Nebraska, Chamber of Commerce.

“I am advocating a policy that remains accommodative but slowly firms as the economy itself expands and moves toward more balance.”

After earlier passing Germany, France, and Britain, China has now overtaken Japan and become the world’s second largest economy after three decades of steady growth. China is on track to knock the U.S. out of the number one position within 10 years.

Yale economist Robert Shiller says it will take more than just the Fed action alone to keep the recovery going. “Beyond the Fed, I’d like to see the government take a renewed stimulus package focused on creating jobs and on activities that involve a lot of people,” he told MarketWatch.

The Gold price has gained 5.7 per cent in the past three weeks on growing concerns that the global economic recovery could fail.

Gold bullion prices have gained 12 per cent this year, reaching an all-time high of $1,265.30 an ounce on June 21 and the Gold price is on track for a 10th annual gain. Gold rose on Thursday’s disappointing employment data that showed new claims for unemployment benefits climbed to a nine month high last week.

Another reason for Gold’s rise was a report from the Philadelphia Federal Reserve Bank saying regional factory activity unexpectedly contracted in August when a rise in activity was expected by analysts.

The Gold price has benefited from strong physical demand which increases in August with jewelers stockpiling inventory ahead of India’s wedding season beginning August 24th and the Hindu festival of Dhanteras in November.

Reports to look for this week include existing home sales on Tuesday, new home sales and durable goods on Wednesday, jobless claims on Thursday, University of Michigan consumer sentiment and GDP on Friday.

When governments inflate the money supply, protect your wealth by converting a portion of your assets into physical Gold and Silver. Invest in Gold and Silver bullion and coins today. 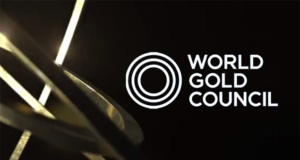