This gold bull rush isn’t just “another adjustment.” The Fed and central banks in general have been playing their roles for as long as they could, but even the average investor can’t afford to buy into their story more. The U.S. economy is in serious trouble and despite the strong game face presented by the Fed back in December, the threat of ever increasing interest rates has not only worn off, but lost all momentum and actually shows signs of reversing. Even ETF’s, which regularly fall short of appropriate coverage stock, found it necessary to aggressively play catch up in the first quarter, just to keep from falling too far behind and watching the price get too expensive to permit a catch up.
The growing list of countries now implementing negative interest rates are just the tip of the global iceberg that the U.S.S. Economic Titanic is racing toward at full speed. While the world’s central banks continue to talk about the implementation of programs geared to support growth of the stock market, they themselves continue to stockpile gold and silver. The recurring theme to this play is simply, “pay no attention to that man behind the curtain.” Their do what I say not what I do attitude is being picked up on by even the most mainstream (bandwagon) investor. What’s good for the goose is indeed good for the gander. Precious metals provide the greatest financial security any investor can purchase, for cataclysmic protection and long term growth. 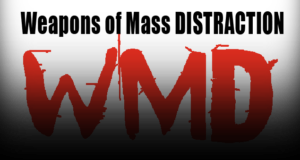