I’ve been saying for more than a year, that the DOW will see 10,000 before it sees 20,000. As I watch the market skyrocket toward 20,000 today, I realize that most of that negativity came from the hope that the bubble wouldn’t get too big before the burst, providing an even greater distance to fall, in our nanosecond-trading digital world. The market will undoubtedly return to the 10,000 level and after yesterday’s Fed announcement of the year’s first interest rate increase, in a planned series of increases, I thought and hoped that sanity and rational thought would finally return to the market, but instead apparently the top was ripped off the ether bottle and thrown around the trading floor.

So, as the DOW passes the 19,934 mark while I write this article, I want to plead with anyone willing to listen, to step out of the ether cloud and DO THE MATH. With a .25 Fed interest rate in 2015, 6% of our national budget went to service the interest on our debt. The Fed just doubled that and intends to do it five more times in the next two years. DO THE MATH! Don’t get me wrong, I’ve been praying for an aggressive and positive market all along, but it takes appropriate preparation and public companies simply haven’t made that investment. Instead they’ve used the cheap money provided by the Fed to buy back company stock, lining the pockets of shareholders and executive bonus pools, but leaving the company a wilted shell of itself, completely unprepared for a serious growth spurt.

In an unprecedented effort to stave off deflation, the overactive Fed printing press has us anticipating growing inflation, which is coming quicker than anyone realizes. As I’ve said before, this action is very late in coming and completely without the necessary market education and cooperation. As the economy speeds up, labor demand will tighten and wages will increase. Higher company costs directly translate into higher consumer costs and higher inflation. DO THE MATH. Historically, the greatest enemies of the stock market are higher inflation and higher interest rates. Both are headed our way with a vengeance. So, why are investor moths racing to the flame? Please, do the Math!

Meanwhile, gold for example is at a 10-month low. This stock market ether binge may drive precious metal prices all the way back to December 2015 levels, even into the beginning of next year, but planning on that can provide worse odds than ten-deck blackjack. The bottom line is that the market is at an all-time high and precious metal prices could be in as low a range as they’ll be for the next century. When this market bubble bursts, the fallout will be catastrophic for many who are unprepared. And survivors of that crash had better be prepared for the coming cashless and One World currency threats. All of which can be sufficiently mitigated by the appropriate and proportionate ownership of physical precious metals. 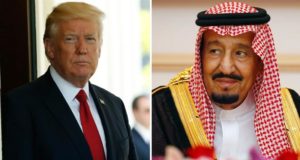 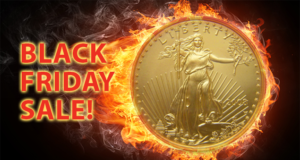 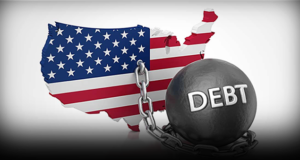