The global economic bubble continues to grow. The dollar is being pounded, while the loonie and euro continue to rise to heights not seen in months. Meanwhile, the global banking system continues to promote stories of “passed” stress tests, while continuing their dangerous, non-transparent, and exponentially greater involvement in the same derivatives that were a huge part of the 2008 financial collapse. Gold continues to be artificially depressed, while silver continues to be the most absurdly and artificially depressed currency on the planet, still holding a nearly 75:1 value ratio with gold. The worst part of this economic fiasco is the complacency toward precious metals exhibited by the average investor and their continuing insistence to see it as “just another” investment opportunity, rather than the uniquely qualified financial life-saving hedge needed in a world gone mad with a dangerously over-valued runaway bull market, unaccountable Gestapo-style global central banking system, and drunken Fed & American banking operations.

In spite of all the current economic dangers, like its predecessors, the current administration refuses to bring attention to the root causes of the problems and implement immediate policies to reverse the conditions. Instead, they treat the scenario like any other day and let everyone go about their business. As with the 2008 crisis, there are people like myself desperately trying to get people to recognize the obvious conditions of the pending train wreck. The problem is that the mainstream media is far more concerned with the entertainment value and ratings of their “he said/she said” reality-style newscasts, rather than the real news that is causing the utter destruction of the American middle class.

Two examples of the real news I’m talking about are addressed below, but you’re not going to hear about any of it from mainstream media, right or left, it’s just two sides of the same coin.

U.S. Banks on the Verge of Collapse, Again!

But you won’t see that headline in mainstream media, due to the fact that the government doesn’t want to deal with the potential panic (yet), and the banks don’t want the attention in the interim, after all the final roll in this crapshoot is yet to come, with winners and losers yet to be determined. Besides, the beta test for the new global bank “Bail-In” tool worked so well in Cyprus that newly empowered American banks are probably already prepared to spring it on their unsuspecting depositors (unsecured creditors). After all, it’s been in the fine print for years.

Here’s another headline you won’t be seeing any time soon, but it’s not fake news. As a matter of fact, remarkably effective cures for Alzheimer’s, cholesterol issues and high blood pressure have also been derailed, because they are holistic, natural, safe, and most importantly, they’re potentially dirt cheap. Trillion dollar pharmaceutical companies, the ones that truly run our entire medical system, simply can’t tolerate their potential financial exposure to no-cost substitutes in the artificial industry they’ve created and utilized as the foundation of the entire American healthcare system. It’s a system whose side effects are as toxic, or more, than the diseases their purported to alleviate.

The best defense is a good offense. Truer words have never been spoken and even more so in today’s economic climate. That’s the reason physical gold, silver, and other precious metals need to make up an even greater portion of every financial portfolio than ever before. Not only do they share tremendous potential for appreciation, as other types of investment, but they also represent the greatest protection against the failure of others. In today’s digital world, the entire global supply of available precious metals can (and will) be snatched up in nanoseconds. Don’t let your defense be left without a seat when the music stops. Take the offense and secure your financial future, today. 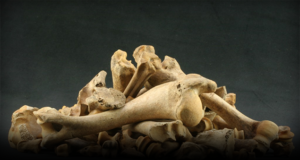 The Electoral College and Federal Reserve System Are Useless Relics!

What Does This Uptick in Central Bank Gold Buying Mean?