Powell and Taylor are the same side of the same coin. Today’s “earthshaking” decision makes the “new” Fed, just about as new and exciting as watching the grass grow. At least with Warsh there would have been a chance to shake things up and move off the status quo, but that would require honesty, something the American government has quite simply abandoned. Instead, we’re being told that the economy is progressing well and that, “Powell has Republican credentials, knows the Board and FOMC well” and “has impressed with his grasp of monetary economics.” The reality is that he’s never provided a dissenting vote and if he had he been running the Fed instead of Yellen, during her tenure, we’d be in the exact same economic sinkhole.

“If the economy performs about as expected, I would view it as appropriate to continue to gradually increase interest rates,” Powell said in a June speech. “Inflation has been below target for five years and has moved up only slowly toward two percent, which argues for continued patience, especially if that progress slows or stalls.” That’s Fedspeak for, “We’re going to do the same thing we’ve been doing and we’re going to expect different results!”

Meanwhile, mainstream America is suffering from a cultural malaise. Results from the American Psychological Association’s Eleventh Stress in America Survey, conducted in August, were released yesterday. It reports that the greatest stress factor for Americans is concern about the future of the nation. 63% of those surveyed indicated it as their greatest stress factor. The “current social divisiveness” in America was reported by 59% as a cause of their own malaise. Spanning all generations, 59% of those surveyed, “consider this to be the lowest point in our nation’s history that they can remember.”

Continuing on the same monetary policy course, keeps returns on treasury bonds down and leaves the stock market as one of the few financial investment opportunities capable of showing a net positive return. The fact that it’s already seriously over-valued and almost incapable of legitimate growth has not even slightly deterred it from setting near daily new highs. The obvious stock market dangers of a sudden and precipitous decline continue to be ignored, while at the same time, precious metal prices continue to sputter at levels 1/3 to ½ below their highs, making them legitimate investment considerations, not to mention their tremendous portfolio protection capabilities. The Fed, nor the market, are in a position to help you through the coming economic storm. So, make sure you have an appropriate portion of your portfolio in physical precious metals. 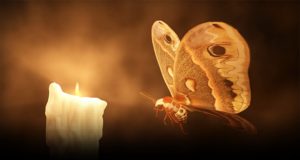 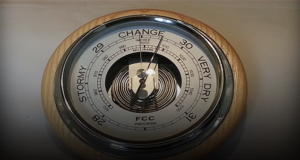 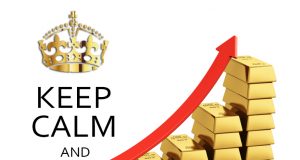