Back in 2008, LIBOR (the London Interbank Offered Rate) proved itself as an outstanding indicator leading up to the Great Recession. Simply put, it’s the average interest rate required by London banks, in order to lend money to one another.  Banks represented on the LIBOR panel are among the most significant and creditworthy in London. Moreover, they have a vested interest in the rate, as do many investors, because it serves as a benchmark on which to base the terms of short-term floating-rate financial contracts, like swaps and futures. It also serves as a watermark for comparing the performance of various investment returns. A critical market warning oracle is the spread between LIBOR and the Overnight Index Swap rate (OIS). The spread is essentially a barometer used to measure the health of the banking industry.

From 2005 to mid-2007, LIBOR tracked with other short-term interest rates, like the OIS and Treasury yields. However, common tracking started going askew in August of 2007, signaling growing liquidity fears, which in turn drove the 3-month USD LIBOR up .26%, while the Fed’s overnight fund policy target rate stayed the same. Suddenly, the LIBOR/OIS spread, which had averaged less than 10 basis points (bps) for two and a half years, began to increase dramatically, until the Lehman Brothers bankruptcy, when it spiked to 360 bps. The spread dug in, while bank liquidity and credit worthiness concerns continued to brew, compelling interbank lenders to cut back funding and/or increase rates.

LIBOR is once again on the rise. It has increased from .3% to 2.36% over the last 2½ years and the pace is quickening, having increased nearly a full percentage point, in just the last six months. Some of that increase is due to recent tax law changes, dealing with the repatriation of foreign earnings. Another larger reason could be the displacing demand for short-term commercial paper, created by a new deluge of short-term Treasury offerings. With LIBOR’s influence over roughly $370 trillion in dollar-based financial contracts globally, there is sure to be increasing pain for those involved in the myriad of affected financial instruments, ranging from corporate loans and adjustable rate mortgages to credit cards and student loans.

During the last financial crisis, the LIBOR/OIS spread served as the canary in the coal mine. The spike we witnessed during the last crisis was a clear indication of the trouble to come. Please note that LIBOR just hit its HIGHEST LEVEL since 2009. Apparently, neither banks nor governments learned anything from that lesson. Hopefully, savvy investors are listening now and taking appropriate defensive portfolio action, with physical precious metals. Call the experts at American Bullion, at (800) 653-GOLD (4653), so you don’t get caught without a chair when the music stops! 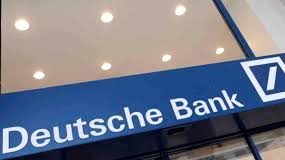 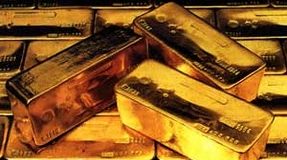