What statement can this blog title be applied to? The collapse of American icon Lehman Brothers in 2008? No, not so much. The derivatives-generated sub-prime mortgage collapse in 2008? No, not so much. The continuing Veteran’s Affairs Scandal? No! We could create a long list of these examples, but the answer would consistently be a deafening NO! The fact of the matter is that banks have been an integral element of practically every major financial debacle we’ve experienced. Is there still a reason to be concerned?

Banking was a major concern for our Founding Fathers and rightly so. In 1835, an assassination attempt on President Andrew Jackson was miraculously prevented by misfiring guns. In 1865, President Abraham Lincoln was not as lucky, with the assassination attempt of James Wilkes Booth. And in 1881, President James Garfield was assassinated by Charles Guiteau. All three assassins shared a common and passionate opposition to a national bank. As a matter of fact, for our country’s first hundred and twenty-five years a virtual war existed, between those who wanted to create a private corporation to issue the country’s currency and charge for the privilege of doing so and those supporting the Constitution’s direction to have the government issue and manage its own currency.

In November of 1910, following the Panic of 1907, with Congress ready to begin meeting within weeks, Nelson Aldrich organized a meeting of a handful of the nation’s elite to discuss and create a proposal to establish a central bank which could provide the monetary liquidity found to be lacking in the current system and mitigate the cumbersome time and expense created by “antiquated arrangements impeding America’s financial and economic progress.” The proposal created a single central bank with 15 branches across the country. The branches would be responsible for issuing currency, holding reserves of their member banks, transferring balances between branches, discounting commercial paper, and check clearing/collection facilitation. This group of directors was designed to work hand-in-hand with the federal government.

Since that time, most “controls” have been all but removed. The 2008 collapse of Lehman Brothers should have been a serious wakeup call to that fact and some restrictions were enacted with Dodd/Frank. President Trump’s recent revisions do away with some of those restrictions, mainly for “smaller” banks, but the revisions completely miss the critical point that banks like Goldman Sachs have taken, shaken, and thrown the same dice that Lehman threw in 2008. The only difference is that their bet is exponentially greater. Participation at this table provides for minimal success at best, a less than 50/50 chance of survival, and if snake eyes come up there’s an absolute possibility that the company could create an immediately due liability for as much as $42 trillion, yes with a “T.” That amount is twice our current national debt and would tear the economic fabric of our country from top to bottom. Physical precious metals should always be part of any financial portfolio, but with this kind of irresponsible and unchecked players at the table, a far greater portfolio percentage than normal may be in order for protection. 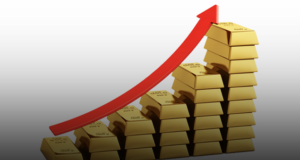 Bullion Buying Panic! ‘There Is No Gold!’ 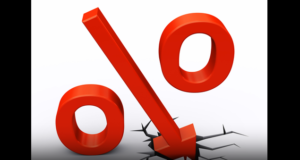 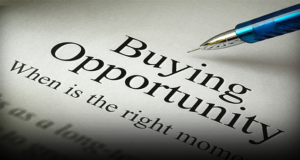