The Congressional Budget Office (CBO) says the U.S. deficit will surpass $1 trillion two years ahead of previous estimates. Almost doubling what was borrowed in 2017, the U.S. Treasury anticipates borrowing $955 billion this fiscal year. Michael Peterson, head of the budget watchdog Peterson Foundation said, “Today’s CBO report confirms that major damage was done to our fiscal outlook just in the past few months,” and “this is the first forecast to take into account the recent tax and lending legislation, and it’s clear that lawmakers have added significantly more debt on top of an already unsustainable trajectory.” That new legislation the CBO said will, “provide fiscal stimulus, raising real gross domestic product (GDP)  more than potential GDP in the near term…Over the longer term, all of those effects, as well as the larger federal budget deficits resulting from the new laws, exert upward pressure on interest rates and prices.”

While the CBO projections see unemployment continuing to decline, from 3.8% this year to 3.3% on average in 2019, it also sees real GDP growing to 3.3% in the 2018 calendar year, before slowing to 2.4% in 2019 and 1.8% in 2020, based on the fourth quarter year-over-year figure. The 2019 budget request submitted by the Trump Administration for 2019 assumed that tax cuts would lift the economy to 3.1% growth this year and hold above 3% through 2024. Meanwhile, Congress already over budget hasn’t factored in additional infrastructure needs, additional military needs, and especially disaster relief needs and other domestic programs shelved in early rounds.

Wall Street woes are becoming a loud cacophony and recession is the concern at the heart, based on the potential for an economic stall, due to a pullback in everything that got the economy moving, including a new and growing desire to ditch bonds for higher-returning stocks, the cutback in Fed debt buyback that’s been helping to beef up demand, and the new and growing lack of demand from Treasury buyers concerned with Washington’s “fiscal irresponsibility.”

Wall Street has been running on empty for some time, but recently many have come to realize that the long-standing and completely misguided belief that the U.S. could just continue to indefinitely run up a monumental tab, without ramifications, is quickly coming into focus as the overwhelming and all-consuming monster that it is. Marc Goldwein, senior policy director at Committee for a Responsible Federal Budget, rightly blames both parties for the situation and proposes that, “every time you feed your addiction, you grow your addiction” and that in America today, “we are addicted to debt.” So a larger portion of physical precious metals in a portfolio is in order, to offset the potential ravages of today’s twisted and gyrating economy. 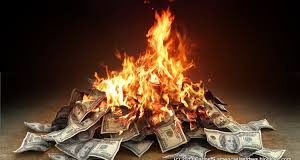 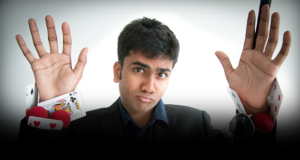 Fed Magic – Nothing Up My Sleeve And Nothing Between My Ears! 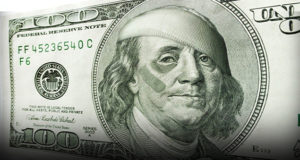