Opiates and the doctor-prescribed abuse thereof are becoming a mainstream topic of conversation in America, particularly since the midterm elections. Generally speaking now, Americans seem to be more and more concerned about the Trump Administration’s implementation order of policy priorities. Particularly, when considering that a national emergency has now been evoked, regarding the threat of illegal migration and drug trafficking at our southern border, many are looking at what they perceive as a far more dangerous epidemic, within the “government-approved,” pharmacological medical industry.

I would agree that such consideration is appropriate, but what I find increasingly difficult to overlook is the fact that investors all the while have been treated more like junkies by the Fed, but even more so since the 2008 economic fiasco and no one has noticed the similarities. Printing money by the truckload and teasing investor-junkies with the “taste” of cheap, low-rate money has given slick Wall Street operators the opportunity to hawk leveraged-loans and junk bonds as the ultimate fix for yield-starved investors who are eager to chase the dragon, in an otherwise risk-saturated bond market. The Fed has undeniably served as Wall Street’s drug pusher for decades, but in the process has supported the creation of more “bubbles” than an over-active Jacuzzi.

These bubbles can be found in every vein of the American economy. So as the debt is consistently permitted to spiral up and out of control, investors are frequently finding themselves in greater need of the Fed-supported and stimulus-addicted securities markets. As our long-in-the-tooth bull market staggers through the final stages of a melt-up, prior to its inevitable collapse, an apparent lack of profitable investment options has investors digging in to “ride out” the coming storm with whatever they’ve got. The logic is no different (or less dangerous) than those who choose to ride out the onslaught of a category 5 hurricane, on the beach. As in that scenario, the best that can be hoped for is mere survival. But there are options and a viable way to protect assets from the coming storm.

American Bullion has spent years helping investors protect their assets with the age-old safety and security provided by gold and other physical precious metals. With all the “bubbles” in play, it’s hard to pick the one that will be blamed for the coming economic collapse, but it really is immaterial which receives the blame. All of the bubbles are warning symptoms, resulting from the Fed’s drug-induced euphoria that has provided a complete distortion of moderation, risk awareness, and natural market pricing. The recent bond inversion scenario has moved bonds to the head of the bubble class, but like I said, the ultimate blame really needs to be placed squarely and exclusively on the Fed for orchestrating this fiasco that never had a logical chance for success. Physical precious metals are your best source of protection from the coming calamity and American Bullion is ready to help you take advantage of today’s still low prices. Call (800) 653-GOLD (4653) for professional assistance, from the award-winning experts at American Bullion. 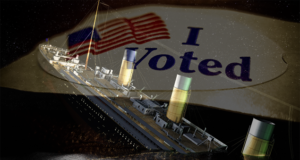 Will Today’s Election Change The Course of the U.S.S. Economic Titanic? 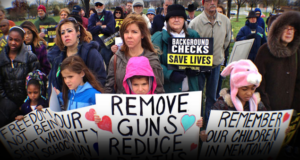 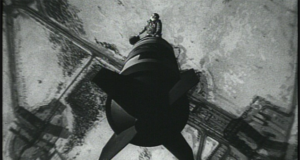