American news media would have you believe that China is an inexperienced, sheltered, and ripe-for-the-picking emerging economy, with which the U.S. has the upper hand in any trade negotiations due to leverage, experience, and China’s assumed inability to weaken the dollar or American economy without directly and detrimentally affecting their own financial well-being. They pretend today’s Chinese communism is no different than it was 70 years ago, but nothing could be further from the truth. Their current system would be better described as one-party capitalism. Like most major cities, Beijing is a perfect example of what I’m talking about. It’s an ultra- modern, bustling, and vibrant city which operates a domestic service economy, not the “Made in China” international export economy it used to be.

It’s not just the center of the city that is modern, it’s everywhere. Very little is as it was seventy years ago and its citizens are also a good example. Fact of the matter is that most young people living in Beijing today make more money in a week, than their parents did in a year performing hard labor in the fields. In a recent report from McKinsey Consulting, it was stated that China’s upper-middle class is set to outnumber the rest of the population by 2022. Its’ well educated and well compensated population is happily taking care of business and will continue to do so. Yes, China and the U.S. have historically been the world’s two largest trading partners and yes, both have suffered from the current inability to come to terms, but the $700 billion trade total last year is nowhere near as important to China, as it was just five years ago.

We don’t have any type of advantage in these discussions. As a matter of fact, the closer we come to the 2020 elections, the faster the Chinese advantage grows. President Jinping is essentially in office for life and therefore has the luxury of time. President Trump on the other hand has to make some monumental progress in a short period of time or he may not even have the luxury of another term. Russia had to covertly try to affect the 2016 election, but China obviously has President Trump by the short hairs. They know that his Achilles’ heel might very well be teetering states in the Midwest, so their tariff attack on agricultural products is not the least bit random or accidental.

A growing trade war is just another of many elements that can be listed in today’s potential “market crash trigger” column. The pressure is squarely on President Trump to “make a deal,” which gives China a serious advantage. The Fed got stopped with interest rates in No Man’s Land, global economies are slowing, and the stock market is oversold, out of gas, and looking for an excuse to throw in the towel on what’s been a terrific run. However, it’s time for Mighty Casey to knock one out and the President knows it! If there was ever a time to be the hero, this is it. This could provide another trigger for the stock market collapse, or not. But greater protection with a greater amount of physical precious metals could hardly be a mistake. Call the experts at American Bullion now, at (800) 653-GOLD (4653), before precious metal prices truly skyrocket.

The Inevitable End To Our Bull Run 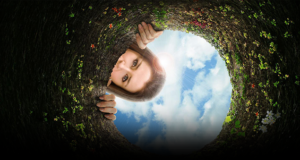 Why is the U. S. Economy Poised to Disappear Down the Rabbit Hole? 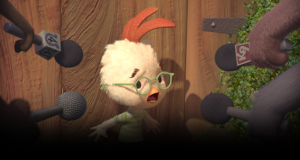