I’ve been warning about this for more than three years. When President Trump announced his desire to “drain the swamp,” I got excited for a moment, but then realized that his version of the swamp is probably just anything that has Obama’s name on it. In fact, I was correct. Banks on the other hand are the spine of Big Business. Banks control the daily use and flow of money. Close their doors and business grinds to a halt, so realistically, it’s the last “swamp” the President would ever consider draining. Instead, what’s going to be drained, starting as early as June 19, when the Fed convene for their June Meeting, is one of the last financial freedoms that Americans still enjoy, CASH!

The President will surely support the coming divergence from cash, but the action is being generated by a far larger global conspiracy. Our digital progress has opened a Pandora’s Box and the world’s governments couldn’t be more excited. Banking’s academic propaganda wing has been aggressively promoting elimination of the $100 bill for well over a year and Kenneth Rogoff, former IMF chief economist, wasted no time supporting and advertising the action. Demark, Norway, and Sweden are all taking steps to move away from cash. India recently banned 500 and 1,000 rupee notes, the European Central Bank has been discussing ways to eliminate the use of large denomination bills, and Italy has already banned cash transactions over 1,000 euros.

The Fed and other banking shills continue to promote the absurd narrative that cash is a danger to the global financial system, because its primary benefactors are tax cheats, criminals, and terrorists. But for anyone with more than a few functioning brain cells, it has to be painfully obvious that this is nothing more than a massive power grab. The transition away from cash will give governments COMPLETE control of the global money supply, as well as control of the life and finances of its citizenry. Just like Amazon, Facebook, and Google have silently monitored your interests, buying habits, and even the route we take to work, governments will have access to every aspect of their citizens. Without cash, all transactions will have to go through an electronic digital system that can record, track, and be sure to TAX everything. George Orwell must surely be spinning in his grave.

The sinister ramifications of this transformation are practically limitless. When Switzerland dipped its toe into negative interest rates, back in 2015, demand for the 1,000 franc note surged sharply, as citizens began hoarding cash, so as to avoid being charged for making a bank deposit. With the Fed ready to start reducing interest rates again, it becomes painfully obvious that without cash, when (and they will) dip into the negative interest rate arena, we will become nothing short of pawns within the banking system. As this global fleecing spreads, the world’s citizenry is going to wake up to the historic benefits and protections of gold and other precious metals, creating insatiable demand and skyrocketing prices. Don’t get caught without a chair when the music stops! Call the experts at American Bullion NOW at (800) 653-GOLD (4653). 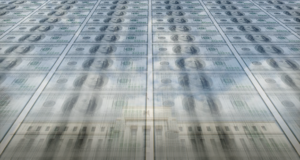 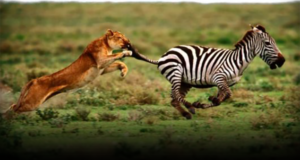 Survival of the Fittest Is Not an Accident!

Will Fed’s Cauterization Stop the Bleeding?