The sinister “packaging” of subprime mortgage tranches and Standard & Poor’s failure to properly rate their risk factors were directly responsible for the 2008 economic meltdown. But the dangerous ingredients utilized were well known. “Liar” loans were a hot topic. Households were borrowing at increased rates and single income, middle class citizens were looking to buy their third house that year. Only a person with their head firmly stuck in the sand could find a way not to be concerned. So it was very encouraging to investors and a great relief when Ben Bernanke confidently stated in a May 2007 speech that: “The effect of troubles in the subprime sector on the broader housing market will likely be limited, and we do not expect significant spillovers from the subprime market to the rest of the economy or to the financial system.”

That kind of reassurance and five dollars will get you a cup of coffee at Starbucks. The funny thing is that in a recent speech, Jerome Powell stated: “Business debt is near record levels, and recent issuance has been concentrated in the riskiest segments. As a result, some businesses may come under severe financial strain if the economy deteriorates. A highly leveraged business sector could amplify any economic downturn as companies are forced to lay off workers and cut back on investments.” Yet, in spite of realizing these realities, he continued saying, “as of now, business debt does not present the kind of elevated risks to the stability of the financial system that would lead to broad harm to households and business should conditions deteriorate.” As with his predecessors, Powell is “monitoring” the gathering storm, rather than attempting to affect it in any way, by creating standards, curbing excesses, and tightening loose and useless underwriting standards.

Today, the nation, individuals, and businesses alike have set new all-time debt records and 62% of the leveraged business loans outstanding have been repackaged into collateralized loan obligations (CLOs), which are essentially the same type of toxic and stratified dog dirt as the subprime tranches, which liquefied the banking foundation and led to the 2008 collapse. Adding insult to injury is the fact that banks today have heavily invested into dangerous derivatives at exponential levels compared to previous years. Dodd Frank makes customer deposits the banks money in the event of a bankruptcy or other economic calamity, so failure of this new banking gamble permits the culprits to legally fleece its customers directly and without warning, rather than going to the government for taxpayer support and the national public ire that comes with it.

Like subprime mortgage tranches before them, today’s CLOs are scrutinized, shuffled, and sold to investors spreading the risk of default throughout the entire system, with loans that are typically poorly underwritten and provide few protections for either investors or lenders. Last October, Janet Yellen warned, “I am concerned that the large leveraged lending market exhibits many of the characteristics of the pre-2008 subprime mortgage market.” Increased dangers, due mainly to, “a huge deterioration in standards and covenants have been loosened.” So you’re welcome to “monitor” the situation with Fed Chair Powell, or you can protect your assets, family, and legacy from the coming economic storm, by adding physical precious metals to your portfolio. Call the precious metal experts at American Bullion, at (800) 653-GOLD (4653). 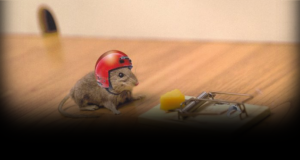 Black Monday Should Have Been a Learning Experience 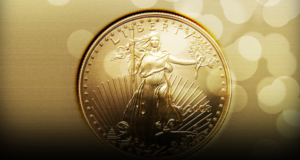 Will Gold Live Up To Its Storied History?