The stock markets have been sputtering to new highs, but everyone can see behind the curtain now and knows that the manipulations driving the surge are coming to an end. Investors seeking safety from a potential stock market collapse have been flooding into the U.S. Treasury market, forcing yields to drop precipitously. In an attempt to soothe investor fears of recession, based on yet another bond inversion, the Fed’s Shakespearean response was to “indicate” the potential for an interest rate cut. The markets had already factored in the interest rate reduction when Powell announced that no such reduction would be forthcoming at this time. Markets went into a tailspin for the day and recovered over the following days, but the final credibility damage had been done.

The markets have been reacting directly to the daily dose of Fed pablum all year, but investors have now come to realize that not only can Fed indications not be trusted, but the Fed can’t be trusted to do the right thing either. We’ve been pointing out for months that the current interest rate is dead-centered in no man’s land. It’s too little to provide the 5% cushion necessary to be utilized as an inflationary offset, yet on the other hand it’s raising the cost of credit, national debt and everything else, for no useful reason whatsoever. Apparently their “policy” is to reduce the rate in infinitesimal spurts in order to somehow “energize” the market whenever it appears ready to crumble. The market’s 4th quarter dive last year has recovered, due to the rate hike reversal, but as they say, “the thrill is gone” and when the last reduction occurs, the quiver and the cupboard will indeed be bare.

The market will reset again and at deficit levels potentially greater than in 2008, due primarily to the Fed’s short-sighted, misguided, knee-jerk manipulations that have been implemented apparently without an end game in mind. When the market crashes this time, bonds and the dollar will be spanked as global powers that have been patiently waiting in the wings swoop in to pick at the carcass of the once great financial nation. The International Monetary Fund (IMF) already has an end game in mind and it may very well be an IMF-managed global cryptocurrency. But regardless of the degree of damage to be inflicted, no rational person would attempt to legitimize our completely cavalier and utterly irresponsible fiduciary performance, as manager of the world’s premier global reserve currency. The day of reconning is closer than today’s Fed, government, and fake news media will permit us to believe.

The Fed obviously doesn’t have an end game in mind, but investors hoping to survive the coming onslaught had better. Defensive stocks (utilities, healthcare, and consumer staples producers/distributors), private stocks with defensive companies, and physical precious metals will be the main ingredients for portfolios offering financial survival and even profitability. Physical precious metals ownership will be far more important this time than in 2008, because it will not be negatively affected by a tanking dollar. As a matter of fact, the greater a beating applied to the dollar, the brighter precious metals will shine. The 5% to 15% portfolio portion frequently recommended by financial advisors may be far below what will be needed this time around. Precious metal prices still substantially below previous highs are more attractive than ever. Protect your family, assets and legacy. Call American Bullion for experienced and professional assistance at (800) 653-GOLD (4653). 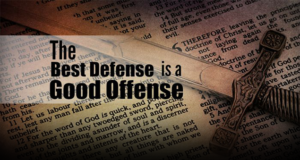 The Best Defense is a Good Offense! 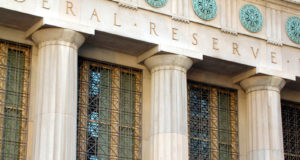