Back in January of 2008, then-Fed Chairman Alan Greenspan announced, “The Federal Reserve is not currently forecasting a recession.” In fact though, history tells us that the Great Recession of 2008 had already begun in the prior month. Cut to Zurich, where earlier this week current Fed Chairman Jerome Powell announced, “Our main expectation is not at all that there will be a recession, either in the U.S. or global economy.” The market has provided such predictable and automatic knee-jerk reactions to such Fed-speak for so long, it seemed the tail wagging the dog scenario would never be broken. Investors were simply locked in to the economic gospel being spewed by the Fed, with absolutely no consideration that 2 plus 2 doesn’t equal 5. But it now appears painfully obvious that the mesmerizing Fed-speak spell has been broken.

The Fed has successfully manipulated the market by telling investors what to think for years. Inflation’s under control, the economy is strong, and the market’s poised for a run at 40,000! Blah, blah, blah, blah, blah! Just the possibility of an interest rate rollback was enough to motivate the stock market on a regular basis. And when that wasn’t enough, companies would initiate another round of stock buyback programs, to continue supporting the illusion of a strong market, dollar, and economy. But on July 31, the Fed rolled back interest rates for the first time since the Great Recession of 2008. No longer just talk – Real Fed Action! And how did the market respond? The DJIA lost 1.23%, S & P Index lost 1.09%, and the Nasdaq Composite fell 1.18%. Pumping “fresh air” into the coal mine didn’t work, because it’s not “fresh,” it’s the same, stale, and stagnant stimulus that has been regurgitated for more than a decade.

Regardless of Fed-speak, the domestic and global economies are slowing, the US/China trade war is negatively impacting most all global economies, and investors are being forced to consider overvalued and toxic stocks, soon-to-be-negative Treasury yields, and a global reserve currency that is on the hit list of practically every country on the planet. All the while, the one breath of truly fresh air that can be provided is Fed-maligned physical precious metals. We live in a free market society, but the market hasn’t been permitted to be free. It’s a round peg that’s been pushed, prodded, and pounded by the Fed into a square hole.

Most Americans don’t even remember when the dollar became the world’s premier global reserve currency. We grew up with it and have taken it for granted for so long, that we don’t even realize the tremendous advantage it has given us. But our stewardship in that capacity has been pathetic at best and many countries have grown tired of our inconsiderate actions and especially our unbridled propensity to use it as an economic weapon, whenever and however we see fit. And most recently, instead of becoming considerate, compassionate, and attempting (or at least appearing) to walk on egg shells, we’ve become the bull in the china shop, utilizing no more restraint or finesse than a hand grenade. Times are going to get tough and sharp investors are going to fortify their physical precious metal holdings, in order to best ride out the gathering storm. Call the experts at American Bullion for assistance, at (800) 653-GOLD (4653). 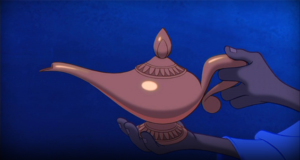 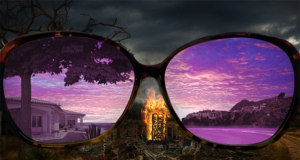 Mnuchin’s Rose-Colored Glasses Only Work for the Wearer! 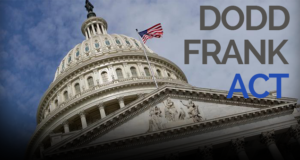