Red or Blue, no matter which you choose, it’s probably going to stink! Today’s two-party system has become a joke. Unfortunately, to this point whenever a third party has become involved, they’ve never really amounted to anything close to a contender. Today’s polar opposite political parties are equally extreme and equally absurd. We’ve always been a two-party system, but when before was the choice between socialism and fascism? Current polls show the Democrats with a 51% “unfavorable” rating and Republicans with a 58% “unfavorable” rating. If there was ever an opportunity for a moderate on a White horse to rescue the country, this is it! Hopefully, someone will separate themselves from the extremes and provide such a choice. Republicans want to throw the environment, allies, and the Democrats under the bus and the Democrats want to throw a switch and immediately have open borders with free healthcare and education for all, while sending the bill to major corporations and the top 1%.

Meanwhile, the Republican Party, founded on lower taxes, free market capitalism, and less government, is currently operating under the largest budget and deficit increase in U.S. history. The Democratic Party typically supports social programs, labor unions, environmental and consumer protections, equal opportunity and racial equality. But today’s front-runners for the upcoming election are espousing nothing more than varying degrees of outright socialism. Both Parties however, are relying on some type of New Math, because with all that money being spent, the Republican Party combined with the Fed has conspired to ineffectively, yet flat out manipulate the country’s currency, stock market, and economy. On the other hand, Democrats are describing the implementation of social programs in terms of a $25 trillion expense over ten years, when in actuality Real math places it closer to $50 – $80 trillion. And let’s not overlook the existing $22 trillion national debt and another $180 trillion in unfunded liabilities.

It’s pretty apparent that we’re in deep economic trouble and if we’re not able to get a firm grip on reality very soon, it may simply be too late. All indications are that a recession is brewing, which is the worst possible occurrence, at a time when the country desperately needs to maximize labor, efficiencies, and production. An untimely trade war, global economic slowing, and political discontent at home are also exacerbating the situation. America has a very important decision to make moving forward and it is imperative that we choose a person fully capable of leading us into the future, regardless of Party. So, in the meantime and at the very least, it’s probably a good time for investors to circle the wagons and start looking out for themselves, rather than waiting for government assistance or direction, no matter who may win the coming election.

Physical precious metals have provided a protective fallback for countries, families, and individuals for millennia. So make sure you are holding an appropriate amount of gold and other physical precious metals, in order to protect your family, retirement, and legacy. But no matter what, don’t get caught without a chair when the music stops! Call the precious metal experts at American Bullion, for professional assistance at (800) 653-GOLD (4653). 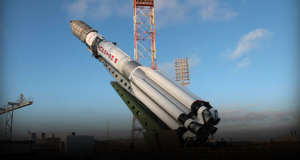 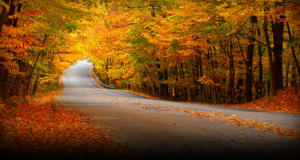