Federal Reserve Chairman Jerome Powell announced this week that interest rates will remain steady and that the Fed is committed to keeping lending markets stable as well. This provided no surprise to Wall Street, only more credibility to the fact that our long-in-the-tooth bull market has plenty more to go! At least that’s the Fed and government’s spin on the situation. But if you step out of the ether cloud for just a moment, you realize that the Fed just flooded the repo market with another $70.2 billion in temporary liquidity, which is the fourth time this “overnight emergency funding” became necessary in less than three months. The first time it occurred was back in September, when the Fed dumped $128 billion into the repo market to “stabilize liquidity” for bank reserves. This is a screaming red flag warning for anyone with a bank account and or market investments!

The frequency and immediate danger of these overnight bailouts has been completely muffled by being rolled into the daily distorted cacophony and political bantering of impeachment proceedings. But the time for downplaying the repo market’s dangerous activities has long since passed. Financial institutions, hedge funds, and the rest have no lender of last resort if the repo market dries up and that’s a critical problem! Instead of making banks smaller and more responsible, we’ve made them too big to fail, given them the keys to the car, a case of beer and wished them good luck. What does anyone expect to happen? The Fed’s stated policy is to reduce the balance sheet. Nevertheless, it has ballooned to $4.07 trillion by bailing out the repo market and we’re not alone, because major issues are becoming apparent in Europe’s $9 trillion repo market as well.

The overnight lending market relies heavily on the “free cash” (liquidity) of four major U.S. banks. Last Sunday, the Bank of International Settlements (BIS) reported that big banks’ holdings grew more concentrated in U.S. Treasury Bills in recent months, crippling “their ability to supply funding at short notice in repo markets.” Further, the report shows that September’s liquidity crisis was not just an accidental one-off blunder, but a careless conspiracy of banks and hedge funds to leave less cash on the table for lenders, as money market funds offering the repos seek to gain higher returns from participating hedge funds. This provides clear evidence that something is seriously, even systemically wrong with ongoing Fed and governmental manipulations of our financial markets.

Quantitative easing has become a four-letter word, so instead of calling it QE4 the Fed will quietly flood the repo market with a fire hose of liquidity. Though buried in a pile of loquacious drivel, the NY Fed’s markets desk announced that it “intends to adjust the timing and amounts of repo operations as needed to mitigate the risk of money market pressures that could adversely affect policy implementation, consistent with the directive from the FOMC.” The translation of that Fed-speak explanation is that the Fed will inject liquidity amounting to just shy of $500 billion over the next 30 days, such that by January 14, 2020 the Fed balance sheet will have swollen to an all-time high over $4.5 trillion! But, as usual, all you’re going to hear from the media is how GREAT the economy is. However, if you care about your assets, family and legacy, it’s time to step out of the ether and make sure you’ve got an abundant supply of physical gold and other precious metals on hand for protection from the coming financial crisis. Call the experts at American Bullion now at (800) 653-GOLD (4653). 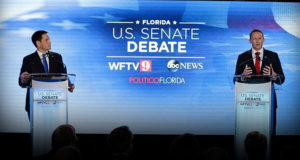 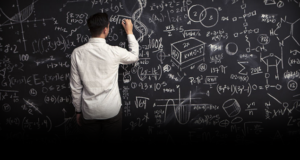 Somebody Please, Do The Math! 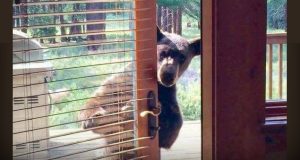