Beginning in October of 2019, I began banging the gong loudly, in hopes of warning investors to the dangers facing the U.S. dollar and the obvious ramifications it posed for the stock market. First, I pointed out the dangerous decisions being made by the Fed, the continued hemorrhaging of U.S. dollars, and the growing global recession. I suggested that the stock market was in for a collapse that could range from 40% to 70%. That was baked into the cake and long before anyone could even spell coronavirus. I fully expected the collapse to approximate or even the 70% level, but the top 10% couldn’t wait for the market to bottom out the way it needed. So in the middle of April, they rushed in and “bought the bounce.” Regular investors saw the potential for another bull market and finding no other investment tool offering a reasonable opportunity they went rushing back into the burning building we call the stock market.

The Trump administration has wrecked out just about every encumbrance that had been placed on the banking industry, but our fate was sealed when Fed Chairman Powell implemented the new Financial Stability Plan. The report Powell made to The Economic Club of New York, in November of 2019, was just an explanation of a plan that had already been implemented. As a matter of fact, in the Fed’s December meeting minutes, it was reported that more than $6 trillion in cumulative repo loans (liquidity) had been funneled into Wall Street’s trading houses, over just a six week period. As usual, the media impact of the story was avoided, by the convenient obfuscation provided by the termination of the head of Iran’s Quds Force, General Qasem Soleimani. Many blame COVID-19 for Wall Street woes, but the $6 trillion injection started on September 17 and completed by the end of October.

This makes it plain to see that the Fed’s Emergency Loan Operations to Wall Street’s Trading Firms occurred as a result of serious problems prior to and completely independent of the pandemic outbreak. There can be no doubt the pandemic exacerbated an already  beleaguered industry, but bandwagon investors continue flocking to a stock market that has little to no chance for extended growth and a fantastic chance for a sudden and precipitous collapse all over again. Small businesses continue to flounder without federal assistance, while President Trump continues sacking federal watchdogs at a feverish rate and U.S. Treasury Secretary can’t account for $340 billion of the $454 billion allocated by C.A.R.E.S. Act for small business loans. A “special” clause in the CARES Act suspends the Freedom of Information Act for the Fed and allows them to operate freely, until the President says the pandemic is over.

Both Russia and China are upset with our blatant irresponsibility as it applies to the premier global reserve currency (U.S. dollar). It’s only a question of time, not if, before a concerted effort is unleashed to replace the dollar as the world’s global reserve currency. Physical precious metals provide some of the best asset protection from currency devaluation and stock market volatility. Don’t wait for the music to stop before you attempt to locate a chair for safekeeping. Call the experts at American Bullion now for assistance. Call (800) 653-GOLD (4653)! 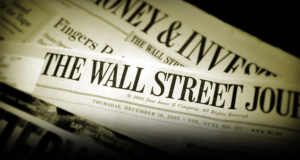 Soros Identifies Concerns and Looks to Gold for Safe Haven 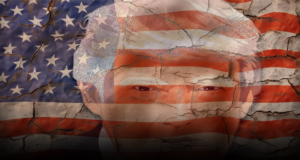 A Critical Month For The New Administration 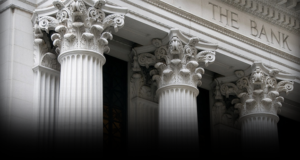 Will Fed’s Cauterization Stop the Bleeding?