President Trump has an opportunity to reach an all-encompassing agreement with President Jinping of China. He has an opportunity to address and come to terms on a wide variety of incredibly important and urgent topics, including but not limited to global economic growth, global reserve currency management, and global security. But instead of opening negotiations with a Ben Franklin analysis, historic review, or comprehensive line-item description of conditions to be discussed, following opening introductions President Trump’s standard initial offering has instead become a front snap kick to the groin. When selling a book on sales techniques, perhaps you can call it an attention grabber, but on a world stage and between world leaders, it’s not at all appropriate. I’m confident that ‘Rocketman’ would agree, as well as Macron, Johnson, and Merkel.

It’s got nothing to do with policies or political affiliations. It’s a simple matter of common sense, common courtesy, and achievement for common purpose. This Administration has treated its own respected professionals the same as comic buffoons on The Apprentice. Key Administration positions have been vacated and filled, as with a revolving door. Federal Reserve Chairman Jerome Powell currently finds himself in the crosshairs, as President Trump continues to demand zero interest rates now. It’s doubtful that today’s Fed announcement will fulfill that request in light of a still weakening international economy, continued low domestic inflation, and  continuing trade war uncertainties. The Fed is using a minimal interest rate reduction process to wean the stock market away from the precipitous but inevitable edge. Trump, on the other hand, sees zero rates as a way to stimulate economic growth, while reducing the swelling national debt.

Our global position demands that we lead by example, rather than follow the failed efforts of those we should be leading. Economists and analysts rarely agree, but on the topic of zero rates, the overwhelming opinion of those reporting find the idea somewhere between ‘seriously unwise’ and ‘dangerously reckless.’ This is a time for cooperation and resolve, because the global landscape has become fraught with isolationism, recession, and no shortage of Black Swans ready to rear their ugly and disruptive heads. Last weekend’s Saudi oil field attack is just the most recent. President Trump wants cheap money available to small businesses, but the rates have been chronically low for quite some time and business owners don’t appear to feel rates are too high or loans are not available. Their concern is with the lack of Administrative direction.

The Administration’s problem hasn’t been finding appropriate people, it’s been finding appropriate people who can do their job while managing to agree or not get in the way of President Trump’s immediate knee jerk response to any and every event. A minor rate reduction from the Fed will not appease the President, but as far as they’re concerned it’s one of the last arrows in the quiver and when they’re gone, they’re gone. Powell is not a fan of negative interest rates and I see the topic as fertile ground for ongoing consternation between the Fed and the President. So, you better take care of your own asset and portfolio defense with physical precious metals. Call the experts at American Bullion now! Call (800) 653-GOLD (4653). 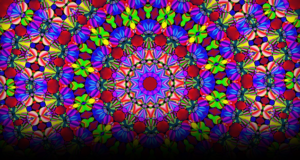 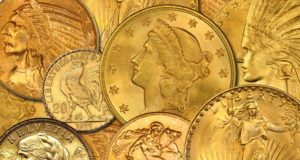 New Bill Would End Tax On Gold And Silver Coins