If you read enough financial news articles, you’ve certainly come across a plethora of people who claim to have predicted the 2007 subprime mortgage collapse and following 2008 stock market collapse, but I have doubts about the veracity of most claims. And there’s certainly no shortage of reasons to believe that another financial crisis is coming our way, whether you focus on the growing number of countries resorting to negative interest rates, the undeniable slowing of global economies, or the $22 trillion national debt we’ve generated while responsible for maintaining the world’s premier, global reserve currency. A wide variety of potential “triggers” can easily be listed, when considering the order of economic dominoes to fall in the coming crisis. In as much as it pains me, I feel the need to go on record and state that I believe the U.S. will be entering a serious and obvious recession, before the 2020 election, which is now less than a year away.

However, the Fed and government cheerleaders, hell bent on riding this economic bull market to a cataclysmic end are not at all doing investors a favor. At a time when careful thought and consideration should be the model for investment decisions, our government is cracking the whip, utilizing every artificial means possible to maintain the façade of a thriving economy, and daring investors not to miss the still-just-getting-started granddaddy of all bull runs. But just like in 2007, a subprime bubble is being stretched to impossible and (due strictly to ignorance) irreversible proportions. And when it bursts, the collateral damage created could be all-consuming. I know this seems absurd, especially since the DJIA and NASDAQ achieved new closing highs today. But if you recall, the S&P 500 closed at a record high of 1,565 on October 9 of 2007, yet in 2008 the S&P 500 plunged 38.5% and posted its worst all-time annual loss. My greatest concern is that due to all the smoke and mirrors, today’s cumulative environment is worse and far more conducive to a sudden and precipitous collapse, leaving little to no time for reaction.

The bubble I’m referring to is a direct result of the Fed’s “cheap money” printing press, which has funded ridiculous volumes of public stock buyback programs that have driven insanely artificial market levels and doubled the U.S. corporate bond market in just the last ten years, amounting to $10 trillion outstanding. That number is nearly half of our country’s GDP! Why isn’t this the ONLY financial news your hearing about? There’s only one possible answer – panic! Our government is determined to let this scenario play out until it breaks, then there’s nothing to be done about it, except act surprised and struggle to apply an economic bandaid to a handful and growing number of lacerated economic arteries. In 2007, it was Fitch, Moody’s, and Standard & Poor’s that “cooked the books.” This time around, we’ll have no one to blame but the Fed and our own government. Meanwhile, their silence is deafening!

Morgan Stanley recently reported that 38% of today’s U.S. corporate bonds that are rated “investment grade” should be graded as “junk.” Pension funds own more corporate bonds than any other group. That means a $4 trillion tranche of these bonds should be classified as junk but aren’t, because regulations prevent pensions from holding “junk-rated” bonds. Déjà vu, anyone? How convenient! Without government involvement, there’s not much going to be done about the situation and they seem more than content to ride this to its ugly conclusion. But individual investors concerned for their own well-being should be taking advantage of today’s still low precious metal prices. Call the experts at American Bullion now, at (800) 653-GOLD (4653). 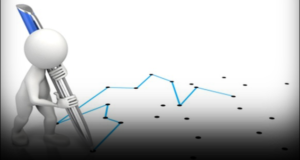 Connect The Dots…Before It’s Too Late!