Precious metals and gold in particular has been waiting for economic changes to take hold, which will transform the gold market from dull and listless to bright and vibrant. The following events and factors all display beneficial historic precedence for gold and they are all showing signs of a readiness to participate in the current economy. Many investors don’t feel recession and inflation can increase hand-in-hand, but the reality is they can, and in fact, feed upon each other. As business demand becomes thinner, prices increase, so as to make up the difference. And obviously, price increases are not conducive to greater demand. The global and domestic economies are measurably slowing and the probability of a future recession is 100%. As usual, the only questions are when, how deep, and how long? Meanwhile, regardless of Fed-speak, and in spite of lackluster wage increases, inflation is emerging.

Many countries are attempting to reduce the value of their currencies, in order to create unfair trade advantages and central banks participating in the ‘race to the bottom’ will find short-term relief, but long-term grief. Currency wars have happened before – twice in the last century alone. Their historic commonality is that they never end well. The stock market is attempting one final melt-up, before the inevitable collapse of our long-in-the-tooth bull market, spearheaded down by reckless stock buyback programs, soaring corporate debt, and corporate infrastructure emaciation. Public companies are literally sacrificing long-term success for short-term profitability and executive bonuses.

The Fed has effectively used interest rates to excite the stock market, but they are out of tools and stuck in interest rate no-man’s land, with rates that add to cost, but don’t have the margin to affect inflation if necessary. With economies slowing, the dollar has been supercharged by other devaluing currencies, but the end is in sight and the dollar is due for a major downward reset. Geo-political tension continues to grow and global economic uncertainty has most countries looking internally and focusing on internal modifications and fortifications, rather than global adjustments. Continuing bond inversions and a potential Fed reversal on interest rates indicate a domestic economy that’s not as strong as the media would have you believe.

With stocks near an all-time high, it’s hard to imagine a better opportunity for selling stocks at a high and acquiring gold, which is still more than 25% below its previous high. During the last 10-year gold bull run, from its low in 2001 to its high in 2011, gold increased 660% in value, from $250 to $1,920. In spite of a lackadaisical start, like the 2001 run, the current gold bull run, which started with the 2015 low of $1,050 has the potential to achieve $7,980 per ounce by 2025, with a similar trajectory, although many experts consider current conditions even more beneficial for gold to excel.

Whether or not another 10% can be gleaned from the current stock market seems a moot point. The current potential for gold, as an investment, may not be seen again in our lifetime. When the economy turns this time, projections for recovery begin at ten years and run for as many as thirty. A diversified portfolio is always key, but proportionately speaking, precious metals have never had reason to demand such disproportionate consideration. Call the experts at American Bullion to discuss the current opportunity and don’t forget that they pioneered the Gold IRA. Be sure to ask how you can utilize an old 401(k), TSP, 403(b), SEP, Traditional IRA, SIMPLE IRA, Roth IRA, or any other qualified retirement plan. Call American Bullion now, at (800) 653-GOLD (4653). But no matter what, don’t get caught without a chair when the music stops! 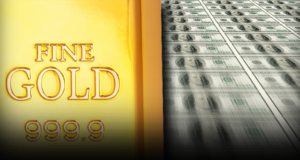 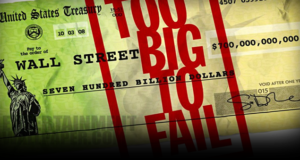 Where’s The Accountability If You’re Too Big To Fail? 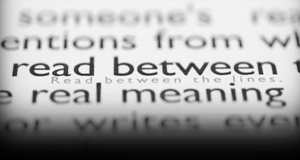